Benjamin Marra is throwback to a long gone era in comics.  With his signature DIY art style and his over the top, video nasty approach to storytelling Marra is a throwback to the heyday of the 80s Black and White boom which brought us iconic independent comics like the Teenage Mutant Ninja Turtles, the Crow, Madman, Bone and Cerebus.

He has been self-publishing a library of titles including Gangsta Rap Posse, Blades and Lazers, Terror Assaulter and Night Business for the last decade through his Traditional Comics imprint.

After years of developing a cult following Marra is finally putting a collection of his self-published work with the release of the American Blood Anthology through Fantagraphics.

The break out year looks set to continue with the launch of the All Time Comics imprint and a new collection Night Business, it looks like Marra is in for a very busy year.

Marra sat down with us over a very poor Skype connection and a stiff cup of coffee to talk to us about his earliest influences in comics, his art technique and why now is the right time to bring back Night Business.

MF: Youngblood is certainly the case in point, I remember buying that when I was 13 or 14 when it came out.

BM: Yeah I was about the same.

MF: Looking back at it now it’s just terrible, there’s no background art in any of the panels, it’s all those cliches of Rob’s art. Boy, it’s hard slog 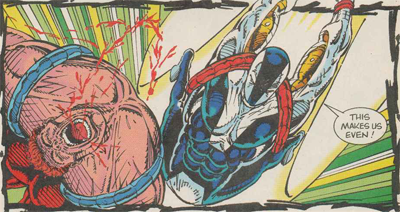 BM: Yeah, that was when I first understood writing in comics and how necessary it was to be able to tell a story.  I remember that and Spawn 1 and being “Wow, these are terrible” and being able to really assess the quality of the writing. I remember really realising “Yeah these guys do NOT know how to write”. 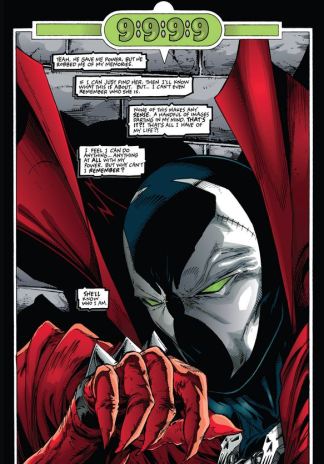 He [McFarlane] is such an amazing personality.  Just from sheer force of will and a healthy dose of drawing talent that he was able to be successful.  He also had a vision of what success was to him which a lot of other comic artists don’t.

BM: When you think about the history comics and how bad it’s been for creators and creator rights something like this was bound to happen.  Creators were going to take a more active role in the control of their intellectual property.

MF: You talked about becoming aware of comics and the craft of comics in that 90s boom, where was that moment where you said. “This is what I want to do with my life, these is how I’m going to do it.  I don’t care if I never draw an issue of Spiderman or Batman in my life, these are the stories I want to tell?”

BM: You know it’s funny there wasn’t really a clear moment.  Comics were always a part of my life growing up, I read a lot of Tintin and I grew up inside the 80s Black and White boom so TMNT was like a really big deal to me and all the various rip off comics from that era. 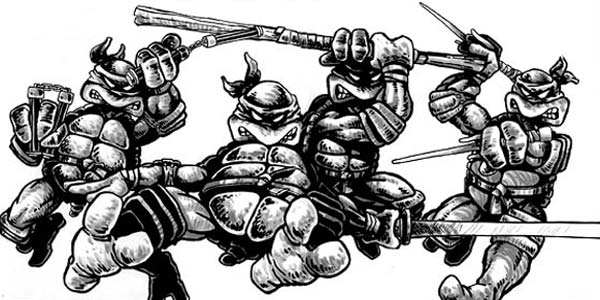 I was right in the pocket for the 90s Boom. I was a really huge McFarlane / Liefeld fan and I followed them to IMAGE and I think around that time when the bubble popped that’s when I also fell out of favour with comics.

My comic book store was one of the ones that didn’t survive that collapse. I was also a teenager so I was trying to develop other cooler interests and then comics were in and out of my life when I was in art school.  I was trying to figure out how I felt about comics as they were kind of looked down upon.

I didn’t really decide to do comics as a lifelong pursuit.  I heard Art Spiegelman say that comics are a calling.  I don’t really like Art, his work or some of the things that he says but that really rings true.

When I was able to do Night Business 1, which was the first comic that I was able to sit down and create, the next one was easier and 10 years later I’m still doing these things.

I don’t question any more I just do it, I don’t try and assign any sort of judgement to myself or anything like that.

It’s not something that you choose to do strike it rich, it’s just got to be a way of telling stories that feels right.

And now I’m a lifer and now I can’t imagine myself ever not doing comics.  I feel like I’ve had no say in the matter.

MF: So that calling has found you

BM: Yeah that’s how it’s going to work.  I’ve always felt like my art stuff is separate from who I am as a person.  You don’t necessarily question why you might be a human being rather than another animal or a species.  I don’t question this artistic pursuit at all it’s just something I do organically.  I don’t question the comic book thing, it’s just how it comes and out will always come out now.

MF: It interesting looking at where the material you released at that time exists today.  There’s previews and whole issues online but you have just announced the American Blood anthology through Fantagraphics and then you have the next set of Night Business towards the end of the year.  How important is to you to get those stories back into hands of your fans. 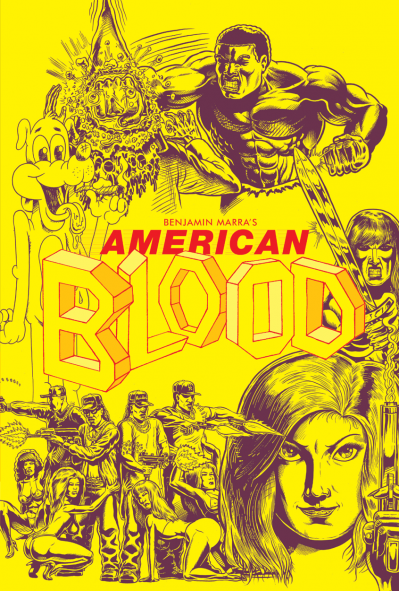 BM: It was very important to me to get those stories out. It was a huge priority for me.  It worked organically for me.  I’ve been self publishing for a number of years but I’ve been talking with Fantagraphics for a long time but we could never make it work.  But it worked out with Terror Assaulter, which was an off the cuff experimental graphic novel for me.

But I always knew I wanted to do Night Business for a bigger published and that it was going to take me about a year to get it ready as its own standalone work.

I talked with Erik Reynolds from Fantagraphics about doing a collection of the old stuff I had done because people had been asking me for a long time. People just couldn’t access them or just didn’t have the ability to get their hands on some of the more obscure books so to put them all in one collection was something that I really wanted to get done.

I just use whatever opportunities I have available to me at the time which is why I self published for so long because I just wanted to get things out the door and into stores or online somewhere but now that I have linked up Fantagraphics that’s all I want to do now. I just wanted to get a book out a year, that’s my goal now.

MF: Night Business was a 4 issue mini series initially but I think this new collection is going to add some new content.  What was behind the decision to come back to those characters and situations.

BM: I always wanted to do Night Business as a monthly comic.  I actually approached Fantagraphics about that as they had been doing Hip Hop Family Tree as a monthly comic and it was working for them and now they’re publishing All Time Comics as pamphlet comics.

I love that format and really wanted Night Business to be the same kind of thing.  I feel like one of those Short Story writers who wants to just write Science Fiction short stories for magazines and is forced to do novels because that’s what sells. I’m doing Night Business as a full collection because that’s what makes sense from a scheduling and logistical standpoint.

I see it as a series of Chapters. I try to do a chapter, which is a full 24 pages comic book issue, in a month and it ends up actually affecting how I approach the drawing of each chapter. 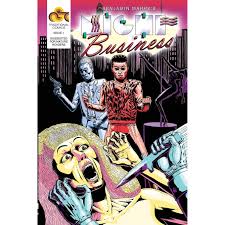 Each chapter tends to be based on my particular moods and how I’m feeling in that particular month.  For instance I’ve been drawing some of Night Business with a ballpoint pen and then a brush pen for the shadows.  Now I’m going to back to traditional comic book crafting tools so some of the chapters are going to look a little different. In my younger years that would’ve annoyed me but now I don’t care any more.

MF: You just want to get the stories out?

BM: Yeah as I mature as comic book artists I find it’s not so much about the art, everything is in service of the story. Your art doesn’t have to be this rich compelling beautiful draftsmanship.  It can just be utilitarian and be able to tell the story and convey the mood.  It doesn’t have to be perfect in ways that my younger self felt it had to be. But now I’m realising that doesn’t matter, it’s part of the organic process, to worry about that sort of thing is to invite a lot of frustration.

MF: In the promotional material for American Blood your art style is described as being “Born from the crucible of 1980s trash culture and exploitation entertainment”.  Did you come up with that or did they write that for you?

BM: I submitted an idea of what I thought could be in the press blurb but I don’t think they used it. I don’t really care.  I leave a lot of that stuff to them, they’re better at it than me. They have a better perspective on my own stuff than I do.

Marra will return in Pt 2 where we talk about his love of Vintage Dungeons and Dragons, working with Grant Morrison and the launch of All Time Comics

You can check out Benjamin Marra’s work on American Blood and All Time Comics through the Fantagraphics store.  You can find him on Twitter and Instagram.

2 thoughts on “You Don’t Question Why You Might be a Human Rather than Another Species – the Secret Origin of Benjamin Marra.”